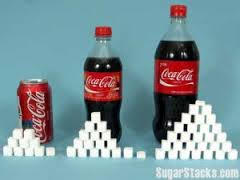 A Soda a Day Increases Cardiovascular Disease Risk by 30%

American adults consume on average about 15% of their calories from sugars added to foods during processing, with a whopping 37% of the added sugar consumed in sugar-sweetened beverages, suggests an analysis of data extending back about 25 years. Moreover, the study projects that regularly drinking as little as one 12-ounce sugary soda a day may increase the risk of cardiovascular disease by about 30%—independent of total calories, obesity, or other risk factors.

“Our findings indicate that most US adults consume more added sugar than is recommended for a healthy diet,” write Dr Quanhe Yang (Division for Heart Disease and Stroke Prevention, Centers for Disease Control and Prevention, Atlanta, GA) and colleagues in their report published online February 3, 2014 in JAMA Internal Medicine.

Epidemiologic studies have linked high consumption of added sugar with an increased risk of type 2 diabetes, obesity, and hypertension, but most studies focused only on sugar-sweetened beverages, and none looked at the relationship between added sugar intake and CVD mortality in a national sample, the authors observe.

During the three time periods, among US adults aged 20 and older, the adjusted mean daily calories from added sugar went from 15.7% to 16.8% to 14.9%. More than 70% of the added sugar came from sugar-sweetened beverages (37.1%), grain-based desserts (13.7%), fruit drinks (8.9%), dairy desserts (6.1%), and candy (5.8%). In 2005–2010, most adults (71.4%) consumed 10% or more of calories from added sugar, and about 10% consumed 25% or more calories from sugar. Yang et al inform this debate by showing that the risk of CVD mortality becomes elevated once added sugar intake surpasses 15% of daily calories—equivalent to drinking one 20-ounce Mountain Dew soda in a 2000-calorie daily diet,” Dr Laura A Schmidt (University of California, San Francisco) writes in an invited commentary. The risk rises exponentially as sugar intake increases, peaking with a fourfold increased risk of CVD death for individuals who consume one-third or more of their daily calories in added sugar, she adds.