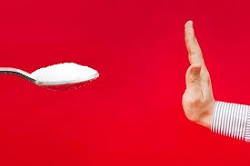 July 8, 2015 · An expert panel released a 570 paged report in Mid-2015 recommending to the US government a healthy eating guide that provides some new advice and supports a pattern that promotes health and prevents disease[1].

Published this week, the recommendations include advice staples such as focusing on the consumption of fruit, vegetables, whole grains, low- or nonfat dairy, seafood, legumes, and nuts and limiting the consumption of red and processed meat, added sugars, and refined grains. But the recommendations also include some twists, such as giving a green light to a moderate amount of caffeine consumption and no longer trying to control the amount of dietary cholesterol Americans eat.

“Strong evidence shows that it is not necessary to eliminate food groups or conform to a single dietary pattern to achieve healthy dietary patterns,” according to Dr. Barbara Millen (Millennium Prevention, Westwood, MA) and Dr. Alice Lichtenstein (Tufts University, Boston, MA), the chair and co-chair of the 2015 Dietary Guidelines Advisory Committee (DGAC), and their coauthors. “Rather, individuals can combine foods in a variety of flexible ways to achieve healthy dietary patterns, and these strategies should be tailored to meet the individual’s health needs, dietary preferences, and cultural traditions.”

The recommendations from the committee, 18 months in the making, cite “new scientific evidence” to inform the revisions to the 2010 Dietary Guidelines for Americans. The review of the evidence and their recommendations were presented to the US Departments of Health and Human Services and Agriculture. The departments, which are responsible for writing the US dietary guidelines, will consider the recommendations when they draft their final report later this year.

In terms of one of the most important changes, the advisory committee, which is made up of physicians and nutritionists, takes the long view on the nation’s food supply and focuses on the sustainability of food choices, something it has not done in the past. As part of the evidence review, the committee said it examined the near- and long-term sustainability of healthy dietary patterns and components of the modern diet, such as caffeine.

There is moderate to strong evidence showing that healthy dietary patterns rich in plant-based foods, such as vegetables, fruits, whole grains, legumes, nuts, and seeds, as well as lower-calorie animal-based foods, are associated with more favorable environmental outcomes, such as lower greenhouse-gas emissions and more favorable land, water, and energy use, according to the DGAC.

“Healthy, sustainable dietary patterns also may provide new themes for consumer education and communication on lifestyle practices that can promote food security now and for future generations and create a ‘culture of health’ at individual and population levels,” they add.

Some Surprises in the Report

Aside from accounting for the environmental aspects of food, the committee includes a few more surprises in the report. For example, the recommendations diverge slightly from past guidelines in that they no longer put a limit on the amount of dietary cholesterol individuals should eat.

In the 2010 dietary guidelines, the daily cholesterol target was set at less than 300 mg. Now, says the committee, dietary cholesterol is “not considered a nutrient of concern for overconsumption” and current evidence suggests there is “no appreciable relationship” between heart disease and dietary cholesterol.

The recommendations also provide good news for coffee lovers in that caffeine is no longer considered an enemy of the people. In fact, the advisory committee says consuming three to five cups of coffee per day can be part of a healthy diet and that data to date suggest that coffee reduces the risk of type 2 diabetes and cardiovascular disease. This amounts to approximately 400 mg of caffeine per day. The consumption of added sugar, fatty milk, or rich creams with the coffee, though, is not advised.

Regarding sodium, the DGAC points out that Americans still consume way too much, with the average individual consuming nearly 3500 mg per day. As part of the dietary recommendations, the goal is for individuals to cut at least 1000 mg of sodium from their daily diet to get daily intake down to 2300 mg per day, a recommendation in line with the Institute of Medicine. The advisory committee no longer recommends a daily target of 1500 mg for any individuals, even those with hypertension, diabetes, or chronic kidney disease.

The committee also recommends consuming no more than 10% of daily calories from saturated fat. Regarding added sugars, the same rule applies, with the recommendation that no more than 10% of calories come from added sugar. This amounts to just 12 teaspoons of sugar per day. Currently, the average American takes in anywhere from 22 to 30 teaspoons daily, often in the form of juices and sugar-laden drinks.

To combat how much sugar is consumed in the US, especially by kids in the form of pop and energy drinks, the guideline authors say that water is the preferred beverage choice. “Strategies are needed to encourage the US population, especially children and adolescents, to drink water when they are thirsty,” they write.