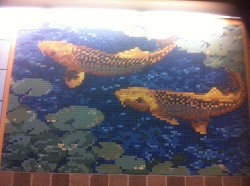 What is Functional Medicine anyway?

It wasn’t a movement then, like it is today. I was 51 and had been in medicine since I was 16 years old as a “candy striper”. That wouldn’t go over well now with the women’s movement, but we were young women in red and white striped pinafores that spent Saturday mornings in the hospital doing simple patient care services like delivering flowers, delivering fresh iced water or helping the nurses change beds. It was here that I learned how to listen to patients.

Fast forward to an intelligent young woman, without financial support for a higher education, and you find her applying to a Nursing Degree Program offered by her local hospital.  Back then we were a means to an end.  The hospital used us to staff nursing units while giving “on-the-job” training. Nursing allowed me to leave my home town by serving 2 years as a Lieutenant in the US Air Force during the Vietnam War.More stories!

I was offered a chance to attend Stanford and graduate from there, but then, again, was faced with no financial support. So I sold three years of my life to the US Public Health Corp for my medical education. After listening to those stories of people in the hills of Virginia, I moved to Georgia with a husband and children in tow.

Starting my own practice in an area 20 years behind the rest of the country, I again heard stories, but realized they were the same stories I had heard for the last 35 years. Medicine was so different from the 1960’s but the stories were the same. No miraculous improvements seemed to be told.Everyone lived until they really “got sick” then had a demise, slow or quick,into the grave.

All the band aids we had learned to use, in the end, were failing.

Functional Medicine spoke to me. It said “find the root cause” of the demise. I had to put into perspective the personal steps someone took to get where they now found themselves. I realized that “One Disease” had multiple ways of getting there. Just as important was my realization that one “symptom”could show up differently in different people. Duh!!

I no longer remember how I, one of the hundred monkeys and living in rural Georgia, found my way to Gig Harbor, but I did. What an “Ah ha”moment. I had explained to me and 99 others that there is a logical “systems-oriented”approach to medicine that identifies and can understand the “root cause” of a disease. Once I understood that, I could develop a scientific personalized plant hat addressed cause(s) unique to that person. I became a partner in health with them! I listened to their story, which was easy, then evaluated deeper biochemical, genetic, emotional, even environmental states. This step washarder. Next I and the patient developed their personal plan to help them walk“back out” of their dis-ease.

All of this fits into 21st Century Medicine. If we were happy with band aids and surgery to address disease, then why investigate the genome, cancer or toxic exposures? If we can genetically understand why you have a disease or why an exposure that is toxic to you causeda disease, then we might be able to “bypass” that genetic stop sign and progress to normal. In fact we should be able to do that and in many cases are beginning to unravel those pathways to true health.

Then the natural outcome is, if we know your genetics “early enough”, we can use CRISPR genes and dramatically alter your life.  No cancer, no heart disease, no diabetes, no nothing….just accidents. I can see the time when OB’s and ER doctors are all we ever need!

No, not really, because the Medicine that comes from the past is a financial giant and it cannot afford for us to live without disease. They say that a baby born today will have the potential to live beyond our normal life span.  I’m 71 years old now and I will die into the past but if we are allowed to use the science we are developing then our grandchildren should profit.

So, what have we learned….Functional Medicine seeks to identify the root causes of disease and views the body as an integrated system that needs to be addressed in its entirety by both patient and practitioner in a therapeutic partnership.  This patient centered approach is individualized and personalized and it supports the unique expression of health and vitality for each individual.