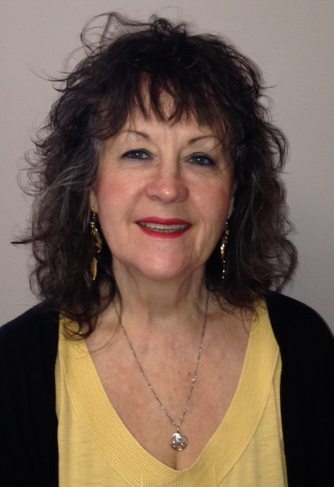 Dr. Schultz has been in love with medicine for 56 years. It all started in 1963 as a "Candy-Striper" on Saturdays when she was a Girl Scout and continued when she began her vocation by graduating in 1969 from a RN diploma training program in Michigan. From here, she served as a First Lieutenant in the US Air Force Nurse Corps during the Vietnam Conflict. After her military service, she graduated in 1974 from Stanford University with a BS in Molecular Biology and an undeclared BA in Psychology.

Trying to gain acceptance into allopathic medical schools, she moved back to Michigan and worked the next two years in Psychiatry running a Tri-County Community Mental Health Medication Clinic. By this time, allopathic schools thought she was too old to be a doctor. So, she started applying to Osteopathic schools that believed in the whole patient and the whole student. She was accepted and graduated as an Osteopathic Physician in 1979 with honors in Manipulative Medicine.

Dr. Schultz completed an Osteopathic Internship in 1980, married her husband, Kirk A Melville, in 1983, and graduated from an allopathic residency in OB-GYN in 1984....the year her first daughter was born. In 1986, the year her second daughter was born, she became Board Certified AMA in OB-GYN. 1986 was also the year the family moved to the hills of Virginia to serve in the Public Health Corps for three years; a "pay back" to the government for financial aid assistance during medical school.

There in Virginia, she helped establish an OB unit, the first in 13 years for the county. The government had projected only 50 births the first year for the 70 bed hospital....but Dr. Schultz delivered 150 babies!!!! In 1988, at the age of 41, her son was born.

Moving to Georgia in 1989, Dr. Schultz rested from medicine for 3 years while she was growing her family. During this time she realized she was not cut out to stay at home and was "suffering" from menopause. She started her quest realizing that "you may get to 40 in spite of yourself, but you get past 40 because of yourself."

In 1993, wanting to bring her menopausal knowledge to more women, she opened NEWS - Network for Effective Women's Services, an Ambulatory Well Woman's Office. She was the first physician in Northeast Georgia to offer routine bone density testing to her patients and has been building bone densities without "designer drugs" for the last 21 years.

In 1996 she was re-certified in OB-GYN and maintained her certification yearly until 2014 when after 30 years of yearly certification she again was required to pass a test in order for her to maintain her certification, she balked. At the age of 67, 51 years in medicine and 35 years "practicing" medicine she had no desire to pass yet another test to prove she knew what she was doing. She was too busy moving forward to move backwards.

In 1998 she along with her husband, Kirk A Melville, brought their thoughts into cyber-space by establishing "www.noaw.com".

The spring of 1999 Dr. Schultz attended and graduated from Dr. Jeffery Bland's Institute of Functional Medicine. It is a welcomed experience to find like minded people with whom to commune. Functional Medicine is the medicine of the future and incorporating this into the website a priority.

Today in 2014, genetic investigations spur her belief in individualizing health care. Serving the masses is governmental medicine, serving the person seeking better health is indivualized health care. Someday they may blend, but for now they don't, and she is on the side of the individual.

Dr. Schultz has accomplished most of this within the first 50 years of her life!!.....now...she's looking forward to the next 50........and "OptimalAging" just seems to be the next natural goal.

"I hope people use this website and all it has to offer as a jump-off point for their healing."